We spent another week in the Philippines after the last blog, but we were both a bit ill by that point from malaria tablets and not having had any rest or decent sleep for months, so we took the week off and rested/recuperated. Then we flew to Vietnam, and wow!!!

Our journey to get to Vietnam was a bit of a trek. First we took a tricycle (motorbike with a sidecar and roof) from our hotel, which was supposed to get us to the bus station. I think the tricycles might be my favorite thing about the Philippines. They're so tiny, the sidecars, but they still cram an ungodly amount of people/things into and onto them, and take them miles all for the cost of peanuts. So our first leg was by tricycle, but one of the tyres of our tricycle decided it had taken too much abuse, and gave out half way to the bus station. 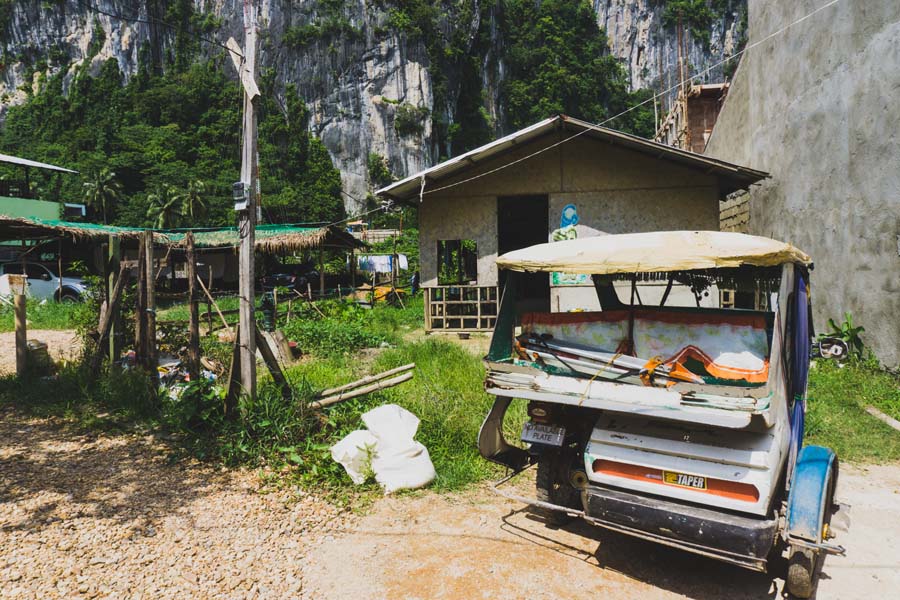 Next up, we flagged down a jeepney, which is a public bus that looks a bit like a long jeep just without the windows and with long bench seats inside. We piled in with our bags, crushing many small, unsuspecting Filipinos, and relied on one kind, English-speaking passenger to tell us when we should get off. Half the time if there's no space inside people just pile on top or hang off the back, but luckily we managed to catch a quiet one! 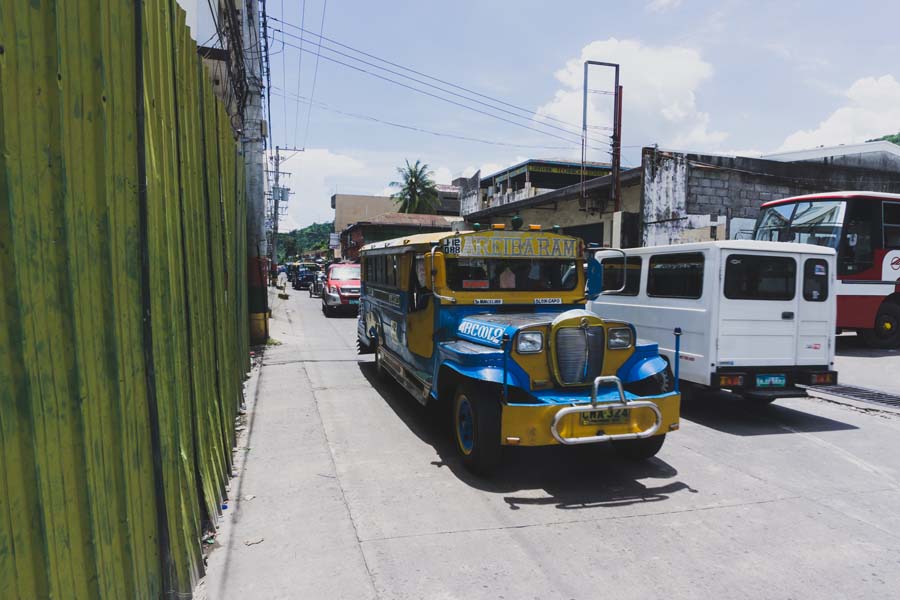 For leg three we took a normal, aircon coach. These are just like at home, except if these ones stop anywhere for more than a minute, there's half a dozen people climbing onboard with baskets/hangers of food to sell. It's the perfect way to travel! 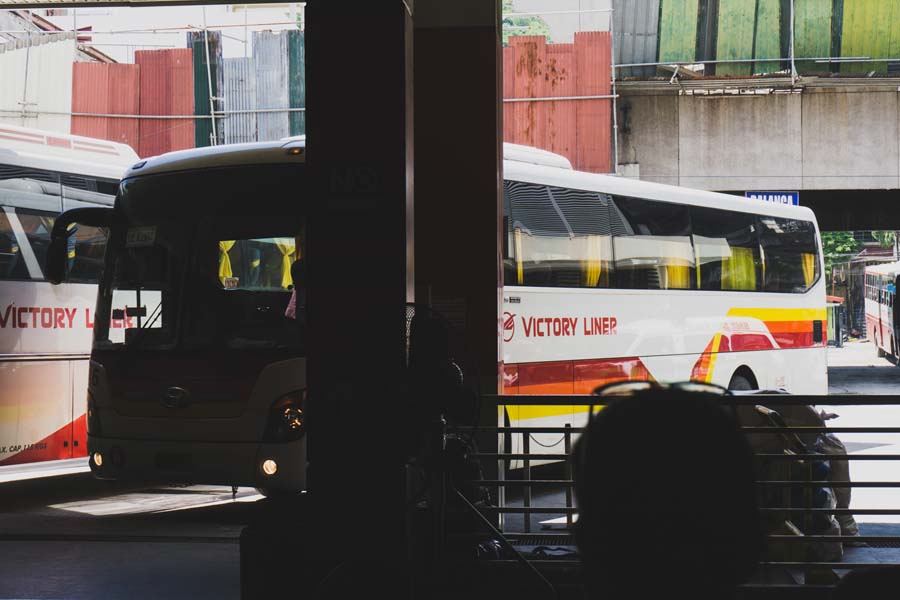 The last leg was a plane to Ho Chi Minh City, Vietnam. Another bargain flight at antisocial hours, meaning we had loads of time to stuff ourselves with McDonald's. And we really did. 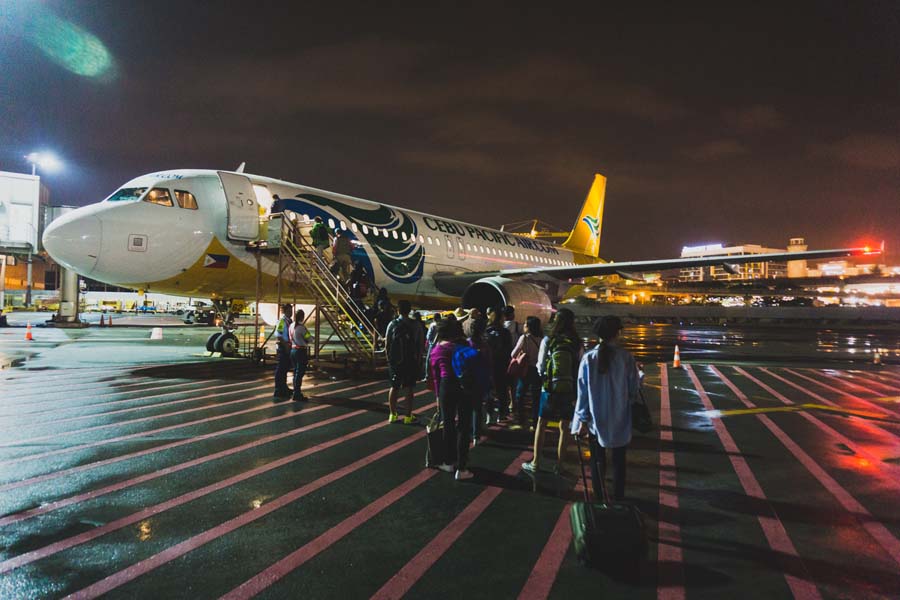 Arriving in HCMC (the locals still call it Saigon) was possibly the nicest experience I've ever had at an airport. It was quiet, calm, organised and everyone was very helpful. I think I might be sounding really old and boring saying this, but it was so nice to arrive somewhere so calm, and such a relief after a long day travelling. I'd happily camp out at this airport for a few days! Maybe that says more about me than the airport though, hmm.

After a 5 or so hour sleep in a VERY nice hotel right by the airport, we got on a coach for Mui Be. Except, silly us, we'd been expecting a coach with seats. What we climbed onboard was much more exciting! 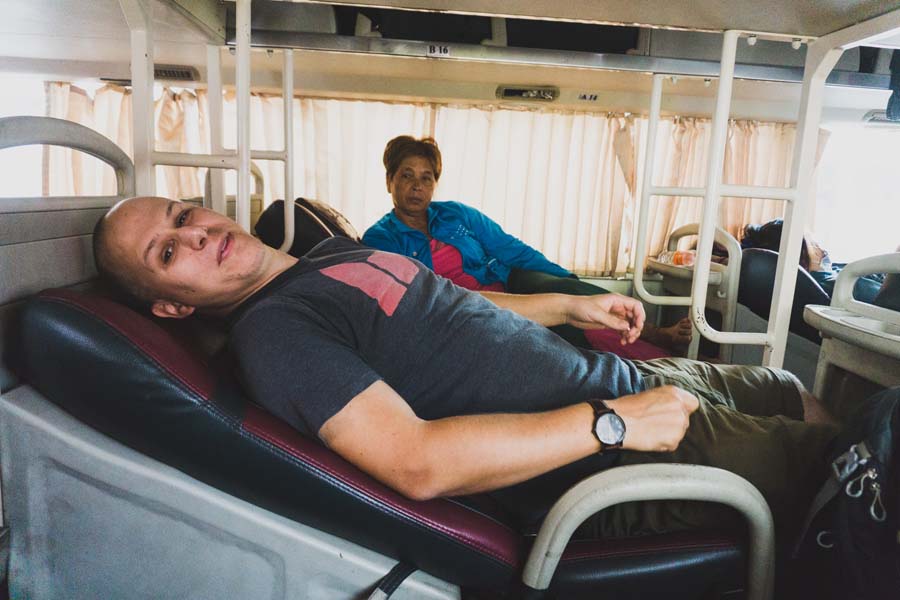 Neither of us have ever taken a sleeper bus at home, so maybe they're exactly the same, but it was so weird, especially for daytime travel. You were supposed to be able to make your seat sit up, but our seats were both broken so we had to lay down the whole 5-6 hour journey, haha! Anyway, we soon arrived at our hostel and were amazed by what we found. 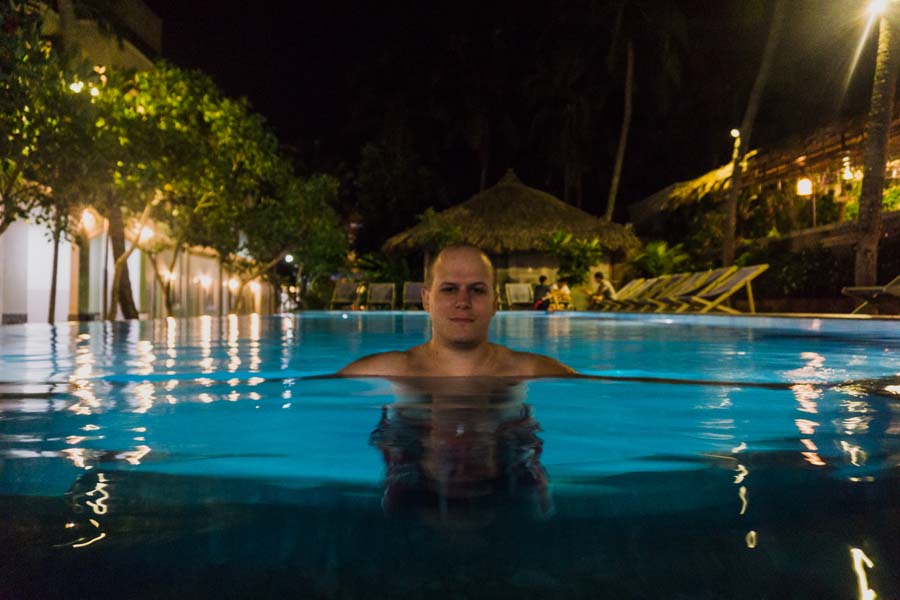 We paid a grand total of £8 between us per night, for what was basically a massive room in a luxury resort masquerading as a backpackers hostel. We arranged a tour through this hostel as well, to see a local "fairy stream" (your guess is as good as ours), white sand dunes, a fishing village and the sunset over red sand dunes. This tour cost us 4 USD each. Insane. It was a beautiful trip around a quiet town though, and well worth easily five times the money we paid. 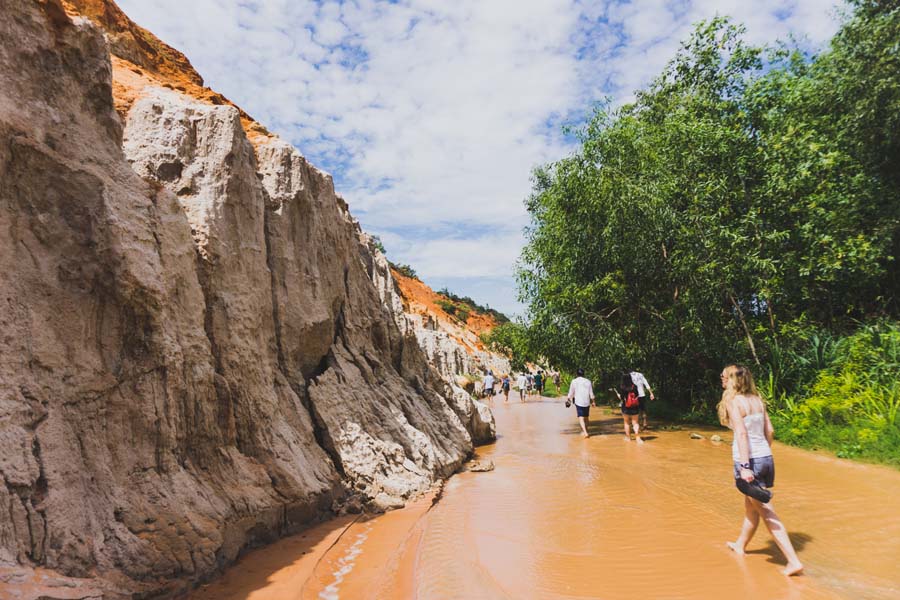 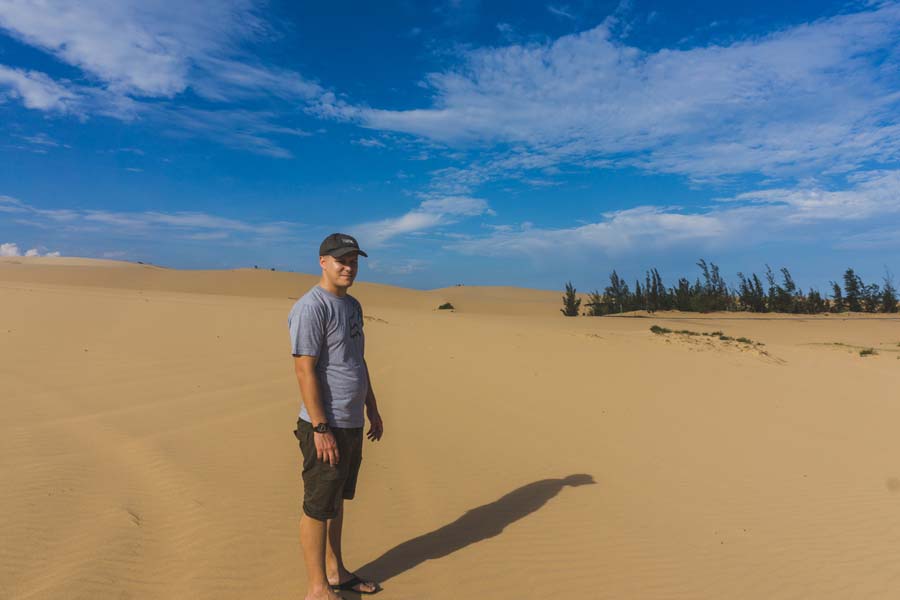 We're now in NHA Trang, after taking another daytime sleeper bus (this time with seats that sat up, so we were able to see out the windows), and have spent the day arranging a 5-day motorbike tour along the Ho Chi Minh trail. The guys we booked the trip with invited us along to a BBQ this evening, on mini plastic chairs on the pavement outside their shop, and wouldn't tell us what they were feeding us, just kept laughing very loud! It was all good fun, and them and their friends were teaching us a lot in the couple of hours we sat with them. I've been nicknamed "boss", and Rich got drunk on the 3 beers that were poured down his neck (In my defense I don't think I've had a drink for about 4 months now, so 3 beers felt like a lot! -Rich). We're off tomorrow morning, and are both so excited. We picked our bike up from them earlier (before the drinks!), which seems pretty good. Let's hope it is, because we've got 1000km to do on it in the next few days! 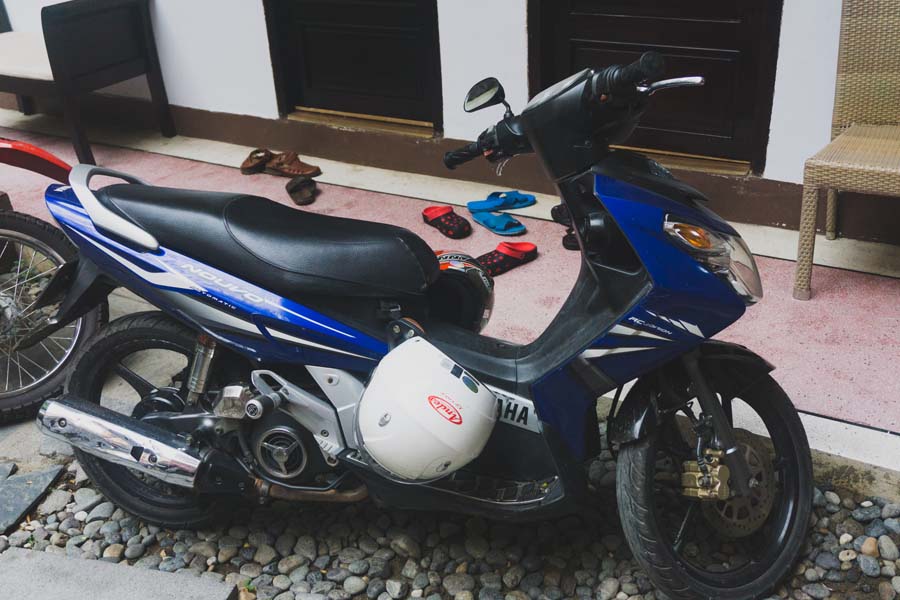 So far Vietnam has been a real contender for the number one spot, and we've only been here such a short time. The air is calm here, and all the locals are quiet and smiley. There's adventure to be had here too, and so much history behind the scenes. I'm a bit gutted we won't have longer here, and want to stop time right now. I'm also impatient to see it all, and want to do it all right now. Tough life, eh?!