After leaving Brunei, we received 8 new passport stamps (yes, 8!) crossing borders getting back into Malaysia. Our passports are a bit of a mess now, and almost half full.

We spent a few days in Kota Kinabalu, not doing very much at all except eating and sleeping. I honestly thought that I'd catch up on all the sleep I'd ever missed if I took a year off work to travel, but apparently it doesn't work like that. We're both exhausted and, don't judge me, in need of a holiday! Our minds have been on full alert since we left home, and the tight budget means we can't always afford to sleep well. But thanks to a quiet, windowless hotel room (with another kettle!!) in KK, we did at least catch up on some zzz's. Plus, the mountain was still closed for trail rebuilding after the recent earthquake, so we got some much needed R&R.

I'm so glad we did, as we may not have done quite so well on our journey to Puerto Princesa in the Philippines of we'd been even a drop more tired. Our flight to Manila was scheduled for 02:15, so we checked out of the hotel at midday and spent about 5 hours waiting in McDonald's, then headed over to the airport for a change of scenery. We had completely forgotten we needed to show onward flights to enter the country, so had a bit of a mad scramble to book some last minute flights, but we got them. Then we waited some more. Finally, the time came to start boarding, and we heard a muffled announcement about our flight being delayed until 03:50. Everyone in the departure area was a bit bleary eyed at this point, but we still didn't hear a single tut or moan. There wasn't even anywhere open to buy a coffee (new coffee addict, right here *puts hand in the air*). We both paced the airport, and found the time to board came round surprisingly quickly. Cue the most terrifying flight of my life to date.

The flight had been delayed due to the plane not arriving yet, as the previous leg had been delayed due to bad weather. I guess they eventually just thought "screw it, let's go anyway". The turbulence was so bad we were free-falling for what felt like most of the journey. If we hadn't had seatbelts, we would all have spent more time out of our seats than in them. I honestly thought we might die, and started to say mental goodbyes. It was horrific. I cried in the air, I cried when we landed and I cried when we were safely inside Manila airport. I noticed quite a few sick bags has been opened and left scattered around when we were exiting the plane too.

We collected our bags, changed our last few Malaysian Ringgit, found our way to the right terminal and waited for our connecting flight to Puerto Princesa, on the Fillipino island of Palawan. We both took a travel sickness tablet, expecting the next flight to be the same. I was desperately trying to think of a way around getting on this next flight, but knew we couldn't afford to waste the money. At about 06:50 we were herded out onto the runway to board our plane. But we weren't told which plane to get on, so for a couple of minutes there were about 50 sleepy people just randomly wondering around the runway, squinting at all the parked planes looking for some kind of sign. I assume everyone made it onboard the right plane! By this point Rich and I had been awake for about 24 hours, and now dosed up with drowsiness-causing travel sickness tablets, we were both asleep before we even took off. I woke a few times from the turbulence again, but only for a few seconds each time, and with complete panic, flapping my arms. I just couldn't keep my eyes open though, so it must've looked really funny! We made it to Puerto Princesa, and were collected from the airport by our hotel. We were both freezing cold by this point, having had no more than 1.5 hours broken sleep and no meals in the last who-knows-how-long! Tip: If you're ever in Puerto, stay at Subli Guest Cabins!

We slept for most of the day, but that evening we arranged a tour of the underground river for the next day. This river is amazing. We took 2 hours to get there in a van, then took another short boat ride to get round to the right area of the national park. There are over 7,000 islands in the Philippines, so pretty much everything is accessible by water. However, ferry safety statistics are pretty shocking here, as any Tom, Dick or Juan is allowed to start a ferry business, and too many people are allowed onboard, so I've made the executive decision that we're not taking ferries anywhere we can't swim to land from. Anyway, this boat was fine. We then walked a short way through the jungle, and got onto the next boat, which took us 2km into the mouth of a cave. It carried on further, but we didn't go that far in. It was strange being in a boat in a cave, but it was fascinating. Our boat guide kept pointing out stalagmites and stalactites that looked like people and things. I swear I saw Michael Jackson in there too, which he didn't point out! The boat rides to and from the underground river were just as much fun as the actual river, as the views here are stunning, whichever way you look. Rich and I were squished into the front of the van for the journey to and from the national park, so this gave us a really long time to pick the drivers brains about all things Filippino. Apparently school lessons are taught in English, I guess because there are over 150 different dialects here, which explains why everyone speaks English so well. Also, apparently he accidentally kills dogs on the road (they're everywhere) all the time. Apparently it doesn't matter if you kill a dog. 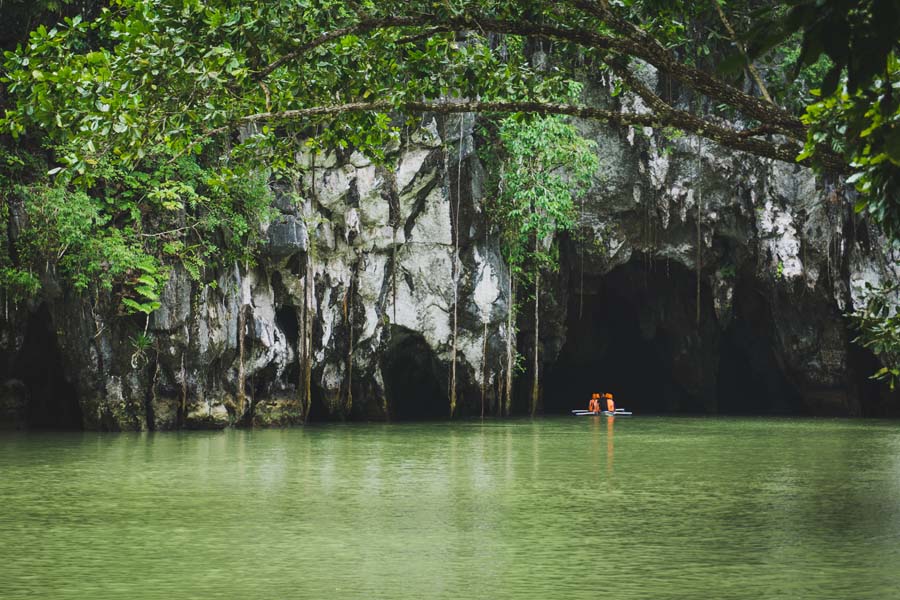 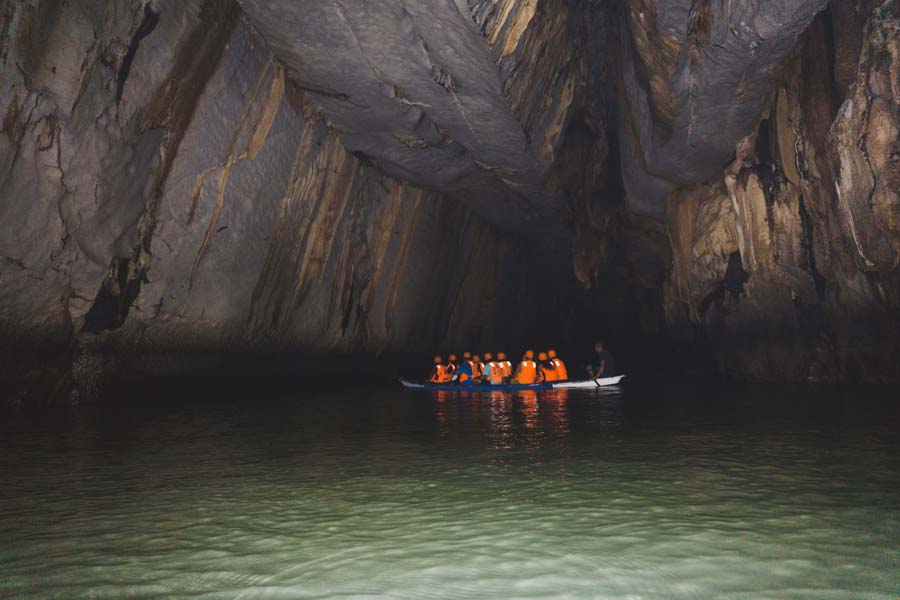 The next day we went to see some fireflies after dark. Sadly they didn't really photograph well, but we were both wowed by them. They look like living Christmas lights! They were in the mangroves alongside a river, so we took another boat to see them, and again learnt a lot from the guide in the boat. What an awesome job, paddling up and down a river telling people about the fireflies you're seeing! 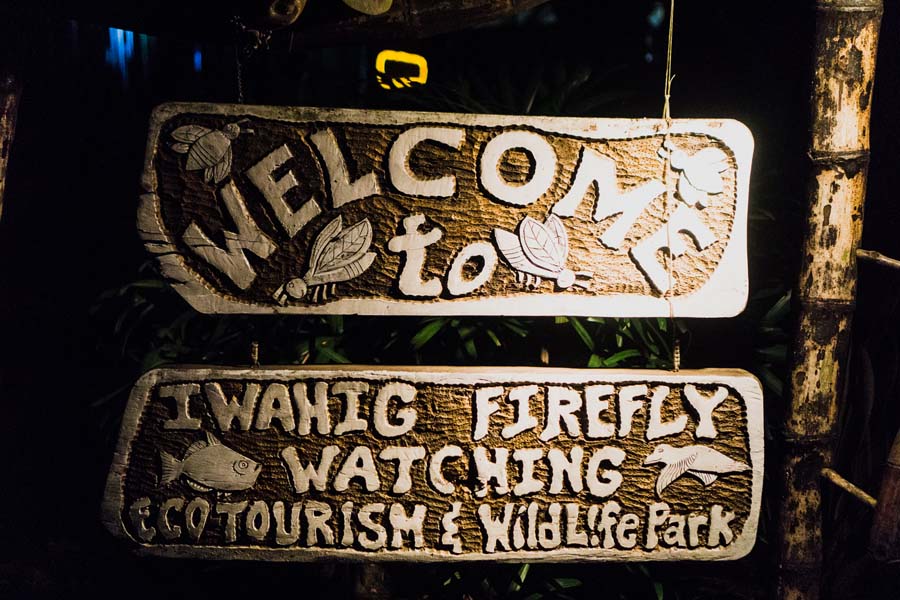 We're now in El Nido, the northernmost point of Palawan, and yesterday we spent the day island hopping. We sailed around a big lagoon, climbed through some rocks to see a "secret" lagoon, went snorkeling, kayaked around another lagoon and had a drink on a beach. Part way through we had a BBQ on the beach of whole crabs, whole fish, mussels, rice and fruit. I've never picked up a whole fish and put it on my plate before. I didn't really know what to do with it, but it soon became obvious when I stuck a fork in it. It was delicious, as was the crab, when the Filipino/American family from our group showed Rich how to crack it open to get the meat out. I didn't like the mussel, but I'm glad I tried it. It was a great day. 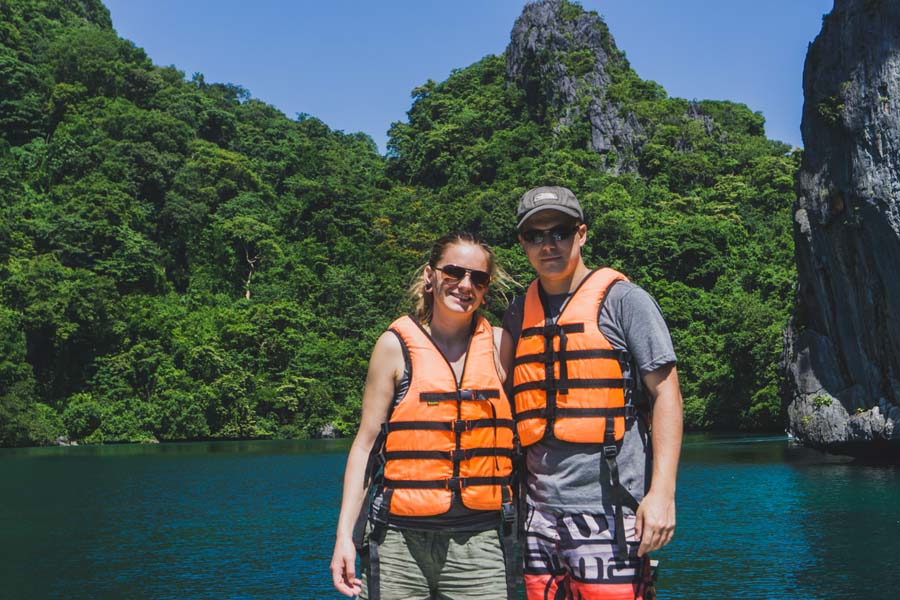 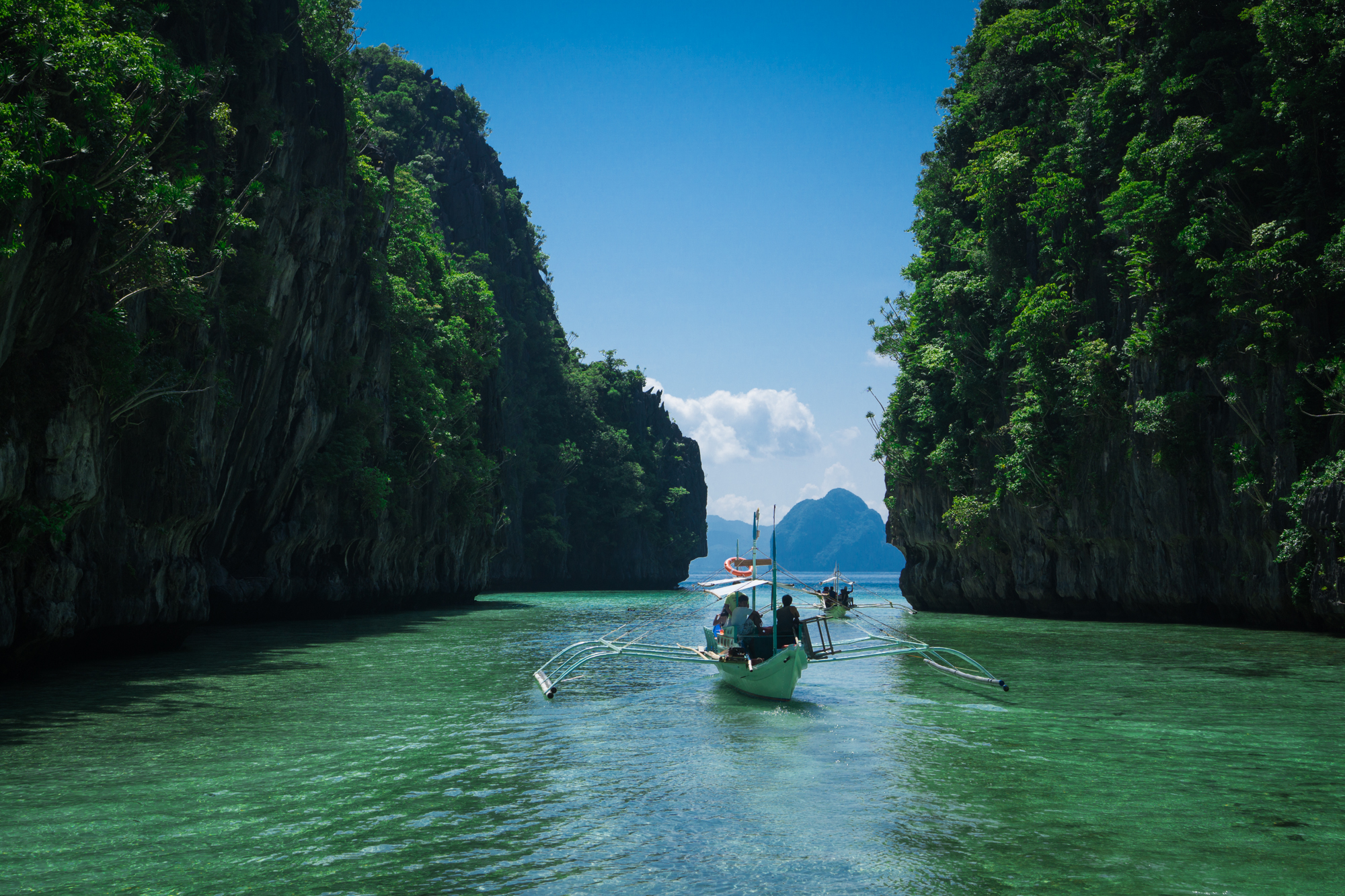 We're flying back to Manila tomorrow, and hopefully heading straight out of town when we arrive, as long as the flight isn't delayed. When we arrived in Puerto we passed a gun shop, and even though most people have guns, it's still a safe island, according to our tour driver. He said that Manila is dangerous, and I've read enough about it to know I don't want to hang around there for longer than we have to. Plus, hearing that from a local really drives it home. So tomorrow is another day of long bus journeys and planes. Then we have eight days before our (pre-booked!) flight to Vietnam!