Thailand - Some Bits We've Missed Out

Thought I'd put together a quick collection of a few bits we've missed off the blog over the last 3 weeks...

On the east side of Koh Tao, at Tanote Bay, there are these trees that are completely covered in butterflies. It's an amazing site, and gave me a really good chance to take some photos. 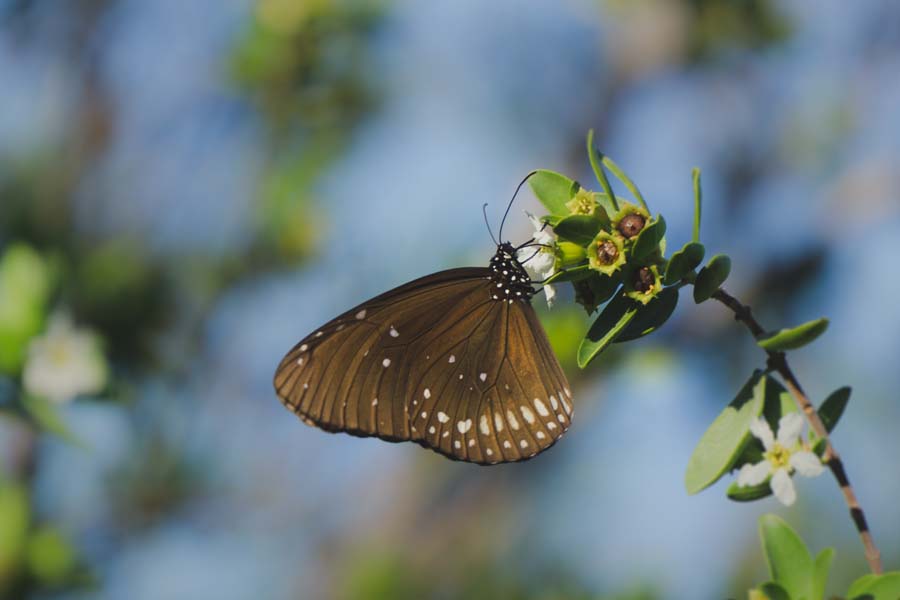 The beach also has loads of fish that come right up to the shore - we didn't need snorkels, they were everywhere! 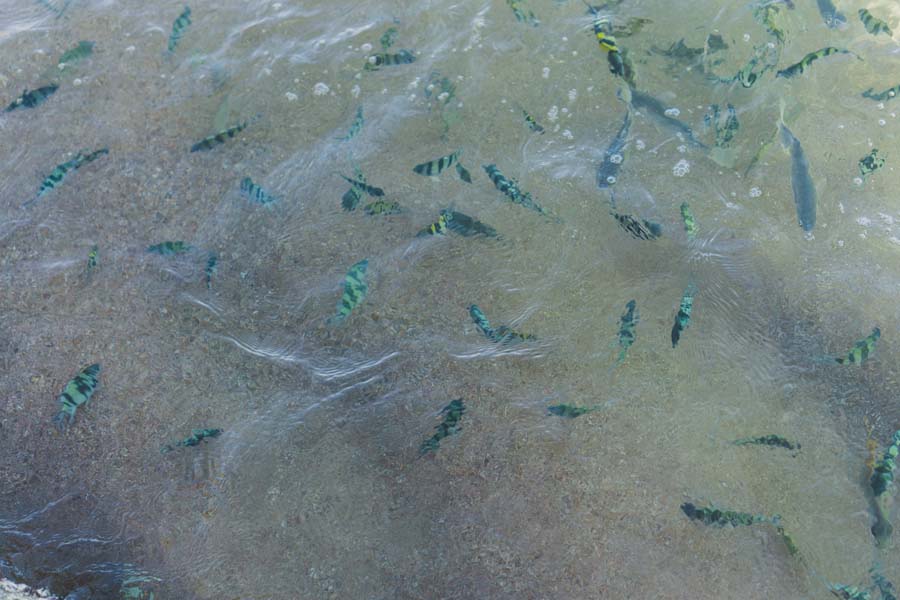 We finally got to see a sunset properly, for the first time since Mongolia. Since we've been in cities, the tall buildings (or in the case of Beijing, smog) have prevented us from seeing a sunset, then in Koh Tao we started off on the east coast, so couldn't really see it there either. We were really chuffed when the first night on the West side of the island, we got to see a pretty spectacular one. 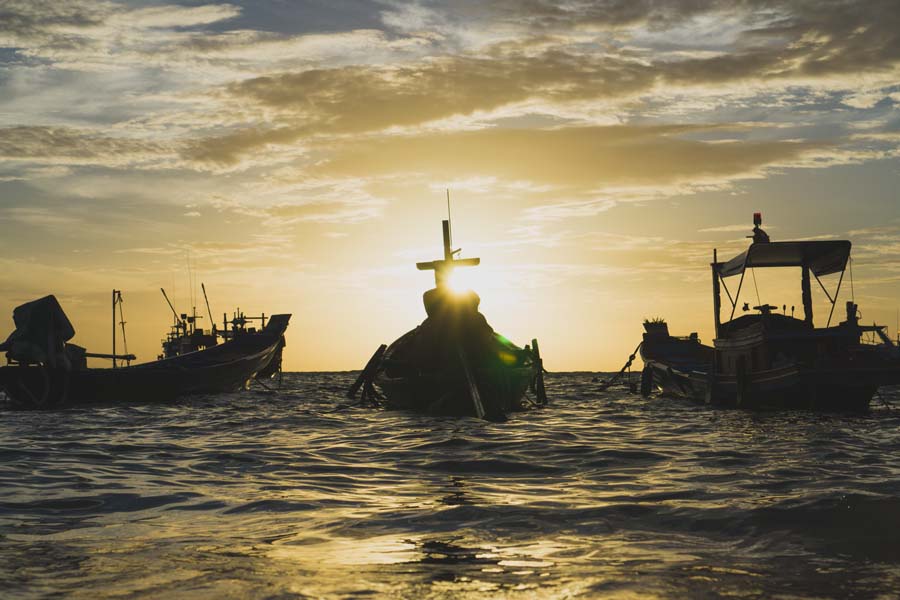 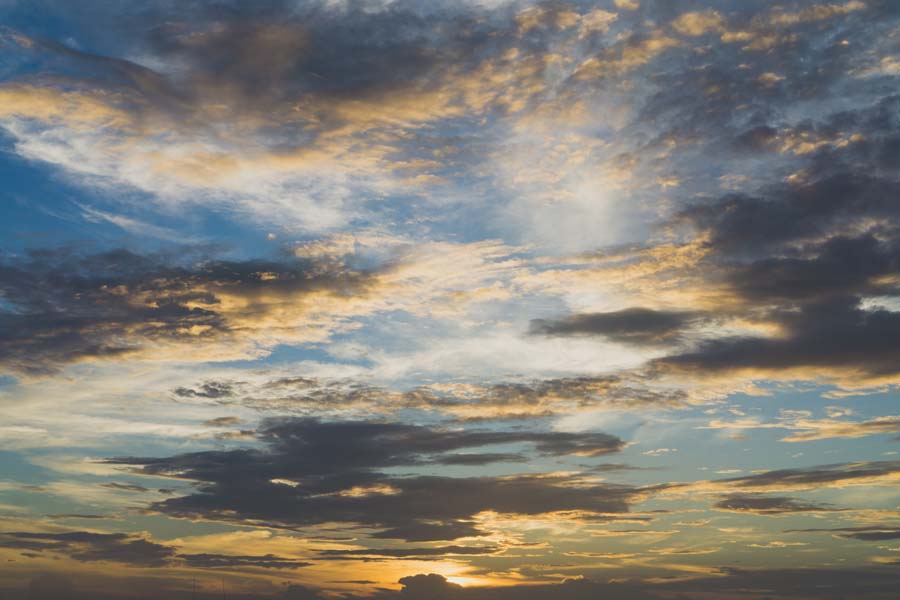 I rode my scooter past 3 elephants and didn't even notice them. Abby mentioned it when we stopped and couldn't believe I hadn't seen them! I'm a bit gutted about missing that, but hopefully they won't be the last ones we see (or don't see, in my case).

I trod on a cockroach in my bare feet. I stepped backward while Abby and I were looking for it to get rid of it, and put all my weight on my back heel, straight on the thing. Amazingly it didn't die, but it did end up on its back after sticking to the bottom of my foot then falling off, so I put a glass over it and Abby kindly took it outside while I washed my foot!

We spent a day driving our bikes around looking for waterfalls. unfortunately, despite it still being the wet season, they were all almost completely dry. We still got some stunning views from the top though, and the rocks there made for some very tricky but interesting hikes. Oh, and we saw a guy jump over a bit of water and fall over, which is always funny (Don't worry, he laughed too, albeit after I did - I couldn't help it!). 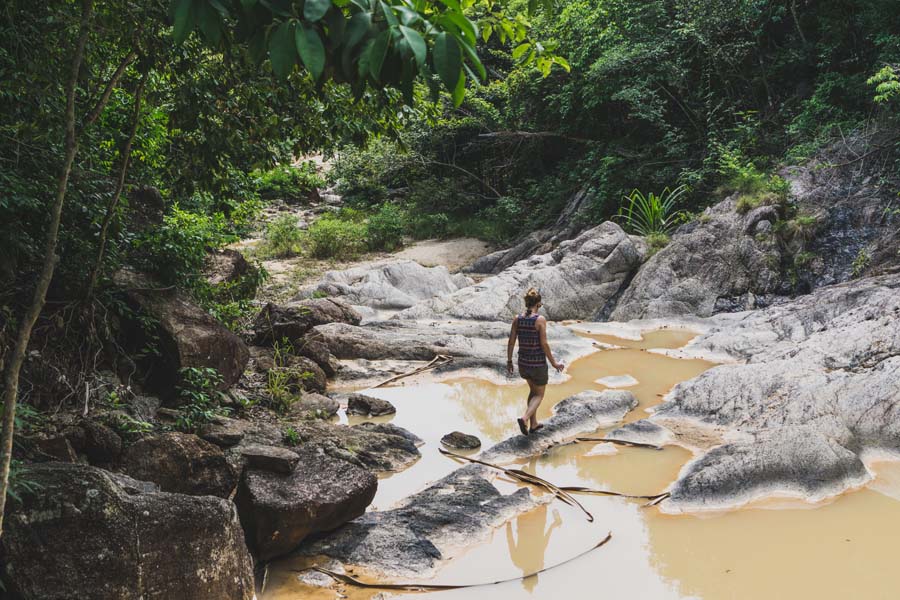 I didn't think much of Koh Samui - it's one of those places that's been completely ruined by tourism. It's also incredibly expensive to get a taxi anywhere, apparently because of the Thai mafia wanting their cut off the taxi drivers (we Googled it). This is a shame, because it's the biggest island of the three, and on our backpackers budget we just couldn't afford to get around. It also has the highest road mortality rate of anywhere in Thailand, so we weren't desperate to get bikes.

The plus side to it being busy was the reason behind it - Chaweng beach, which is incredible. it's 100% soft white sand, with no rocks or coral to contend with, and it goes out staying really shallow for a long way. Might be the best beach I've ever been to.

I wish I'd taken a photo of this, but I didn't have my camera on me at the time, but there was a guy (and then later a girl) with water rocket boots! I can't really explain it, but I found a video on YouTube for the sake of demonstrating. Abby didn't see it at first, and when I tried to explain she didn't believe me, thinking I'd just seen someone on a jet ski and misunderstood - Luckily they went past again!

And now we're in Satun, a small town right in the south of Thailand. We actually only came here because it's a good place to catch a ferry to Langkawi, Malaysia, which is where we're headed next. It's a lovely place though, with big wide rivers everywhere, with people going up and down on boats all the time - I haven't taken one yet, but if I remember I'll add a photo here later on.

Getting here from Koh Samui was an ordeal though. We took a Seatran car ferry to Donsak, on the mainland, then had arranged to take a bus to Hat Yai, where'd we'd get another bus to Satun. The car ferry was fine, but took a lot longer than we were told (it seems to be a rule that you have to double the amount of time a Thai travel agent tells you a journey will take, as so far without exception this has been the case). The first bus was more troublesome - it turned up, and just drove off without stopping. Luckily another bus from the same company was stopped there at the time, and the driver of that one called them back, so 15 mins later we were able to get on. Sort of. The bus was overbooked basically, and so there were no free seats. It was also only a very small minibus, with no room for baggage - certainly not our 65 litre backpacks! After a lot of fuss, and Abby being asked to sit on somebody's lap and refusing, finally the bags were put in and people were crammed on top of them sitting in the very narrow aisle. This wouldn't have been too bad, but this bus then took 2 hours longer than we were told it would!

Next was a public bus form Hat Yai to Satun, which although I had to stand on initially, did have seats after a few people got off. A quick taxi in Satun to our resort (now back to reasonable taxi prices, costing just over a pound for both of us) and we arrived at our hotel, which turned out to be brilliant, and made up for the whole day. All's well that ends well.

We made a bit of a faux pas at the restaurant by asking for pork in a muslim area of Thailand (we didn't even realise that it was). We were both really surprised at how confused she seemed to be at what we were asking, but we eventually both got exactly what we asked for, but with prawns instead of pork - serves us right for not doing enough research about where we were! I happen to quite like prawns, but Abby hates them, so it worked out pretty well for me.

This is only our first tour through Thailand, so we've only covered the south. Later in the year we'll be back to see everything there is to see in the north. I feel really lucky that we get to do that.