We'd heard before we left that a lot of internal flights in China get delayed. This is apparently because the Chinese Air Force control the skies, and are happy to delay domestic flights as and when they please. So, it was no surprise that our flight from Beijing to Shanghai was delayed. What was a surprise is how much hassle that actually caused us - every person on that flight had to queue up t the ticket office to get their tickets changed. Lots of angry people!

That meant we arrived in Shanghai fairly late in the day, and so we didn't get out until it was getting dark. We went to the Bund, which is a big area of shops and restaurants along the river. As we got closer, we started to see the tops of some huge and crazy looking buildings - Maybe getting to Shanghai late was more of a blessing than a curse - they look amazing at night. 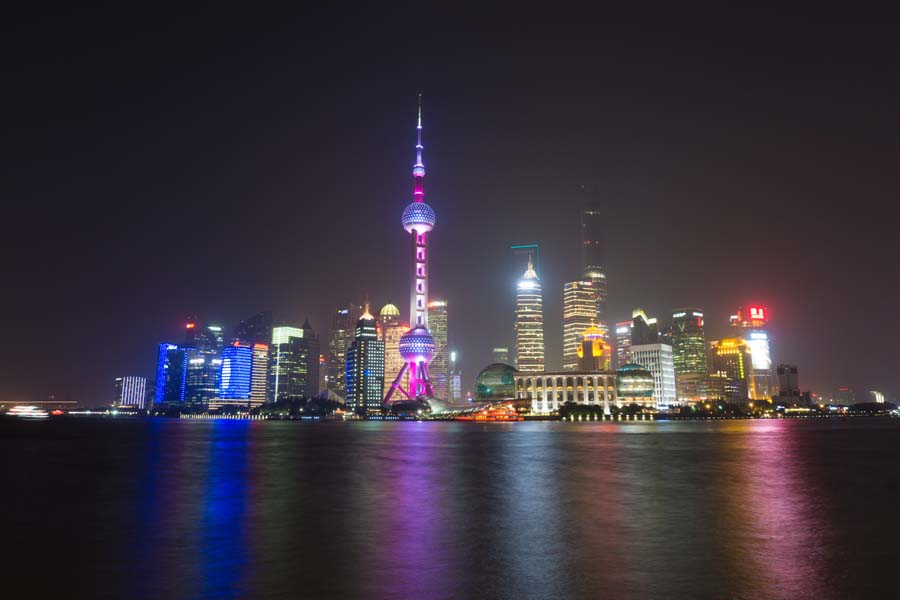 The other thing we noticed was the sheer volume of people. We had thought Beijing was a busy city, but it has nothing on Shanghai! You can barely move in most places. There are people constantly showing us pictures of things they're trying to sell (presumably so they don't have to carry their illegal stock on them?). Most are selling watches or handbags, but when I walked through town without Abby, that quickly changed a very different kind of product! I don't think people would put up with it at home - they'd all end up getting punched, but here it's pretty low down on the list of annoying things going on everywhere, and I guess they only target the tourists.

I'll mention one more thing we noticed on the first night, that was the same as in Beijing, only worse because there were more of them - electric mopeds. They drive around on roads or pavements, dodging between everything, with no lights on (They're electric, and I guess they get less miles out of a charge with the lights on?), and with electric engines they're almost completely silent. So, you're never safe from them, and you never see or hear them coming - brilliant!

We went up the Shanghai World Financial Centre yesterday. I was walking along the middle of the observation deck on the top floor, when Abby suddenly said "oh look, it's a glass floor". I don't think I ever realised quite how scared of heights I am until that moment! Great view from up there though. 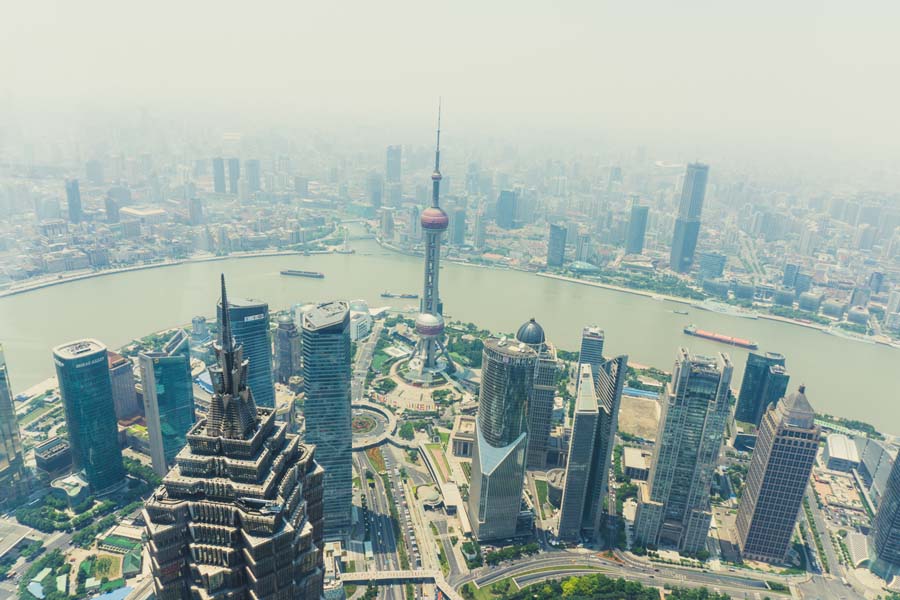