The first time I wore flip flops out in Beijing, I was really surprised that, in this heat, no-one else seemed to be wearing them. Now I know why. 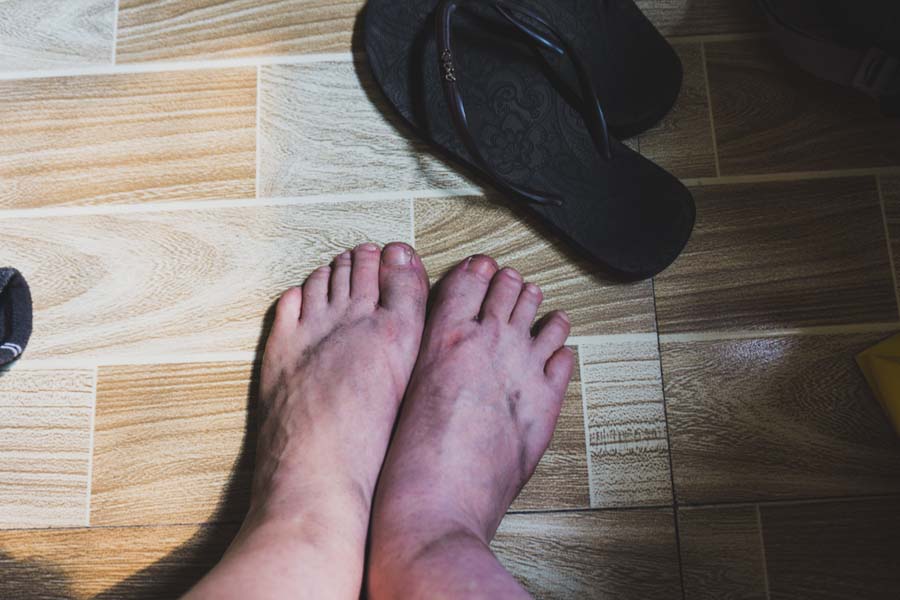 The streets are filthy. My feet were black by the time we got back, and so were the bottom 10" of my legs. This photo is from a different day, after only spending a few hours outside the hostel, and actually this photo doesn't seem to do justice to how they really looked at all. I don't really know what it is, but I can feel it in my hair at the end of the day, too, and on my hands all the time. It's probably got a lot to do with the smog that covers the city, though. It's a huge change from the rolling hills of Mongolia.

So far in Beijing we've seen the Forbidden City, Tiananmen Square, Jinshan Park, the Great Wall and a lot of shops. So where do I start?! At the beginning is probably the best place, I think.

The overnight train ride from Ulaanbaatar (Mongolia) to Beijing was very nice. Stunning scenery, friendly staff and some other English speaking passengers too. We shared our 4 berth cabin with a Chinese man who was eating sunflower seeds from what felt like the minute we got on the train to the minute we got off. It probably wasn't, but these seeds are different to the ones we get at home. These ones are noisy, and the seed cases get everywhere. But most of all, they're noisy. I think it was an attempt to stem his nicotine cravings, but to be honest I think I'd rather he just smoked every now and then, haha!

We took a very early tour to see the Great Wall, and took a 3-4 hour ride to get to Jinshanling, a quieter place to see it. I was kind of expecting it to be just a big wall, and not to be that impressive. But I was wrong, so wrong. It blew me away. Our guide told us a folk story that apparently everyone in China knows from a very young age. Here's a link, as it's a bit long to write about here, but worth reading: 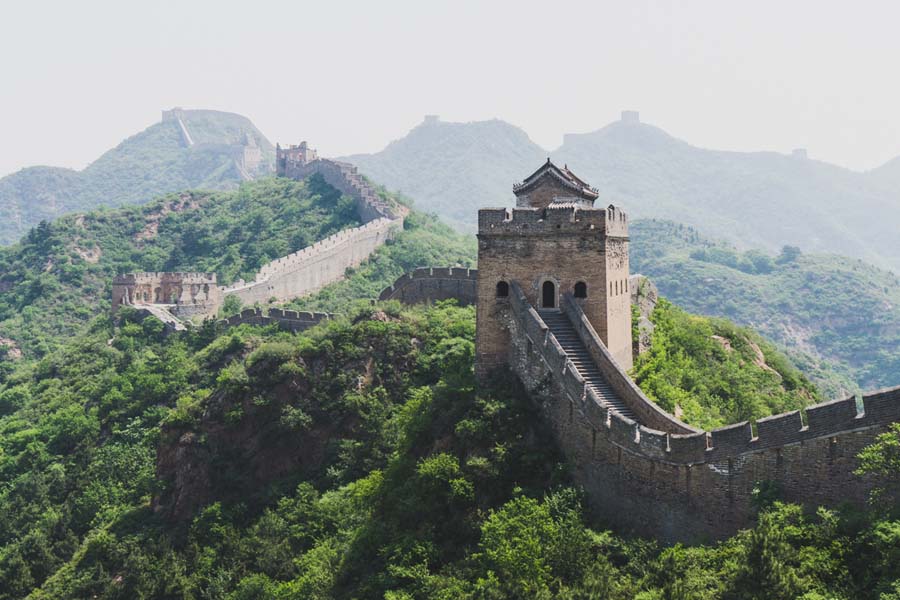 Anyway, the wall is epic, and I feel very lucky to have seen it where I did. Our group of 10 or so barely passed any other tourists while we were there, and knowing it's also known in China as the world's biggest cemetery is also quite humbling, as the bodies of 300,000 people who died building it were buried underneath. My shoes fell apart that day, and as it's a less touristy part the repairs have been a bit slower, so we actually had to climb with our arms at some points, in around 40° heat. The workout was really good though, I've missed muscle fatigue and panting for breath! Fantastic day all round :)

We first tried to see the Forbidden City on a Monday, not knowing the main part closes on a Monday. So we saw Tiananmen Square instead, and I bought myself a rather lovely straw-looking Blues Brothers hat for £1. The next time was more successful, and we spent a couple of hours looking round. It probably would've been a bit more interesting with a guide to explain everything, but we're on a budget, and couldn't afford the price given to us. It was amazing to see though, it's huge, and was built just for one emperor to use at a time. It is a city.

Jinshan Park is a massive park right behind the Forbidden City, and on a clear day you could get perfect views over it. It was a bit smoggy when we went, but still worth the visit, as it's over 50 acres of park in the middle of Beijing, with gorgeous scenery and plants etc, with a special talent for hiding the exit and making you walk round the place 5 more times to try and find your way out. Haha, that could just as easily have been the heat cooking our brains though.

The weirdest thing about China is the amount of people who want to have their photo taken with us, but particularly me. I think it's the hair color, as we passed a group of teenagers in the city laughing merrily at the blonde wigs they'd just bought themselves. It was funny at first, and kind of fun, but I can't help but feel a bit diva-ish whenever someone asks now. I'm not camera shy, I just would prefer to be doing my own thing instead of being someone else's photo prop, particularly as a queue seems to appear as soon as you say yes to the first person. Maybe I could start charging a fee? 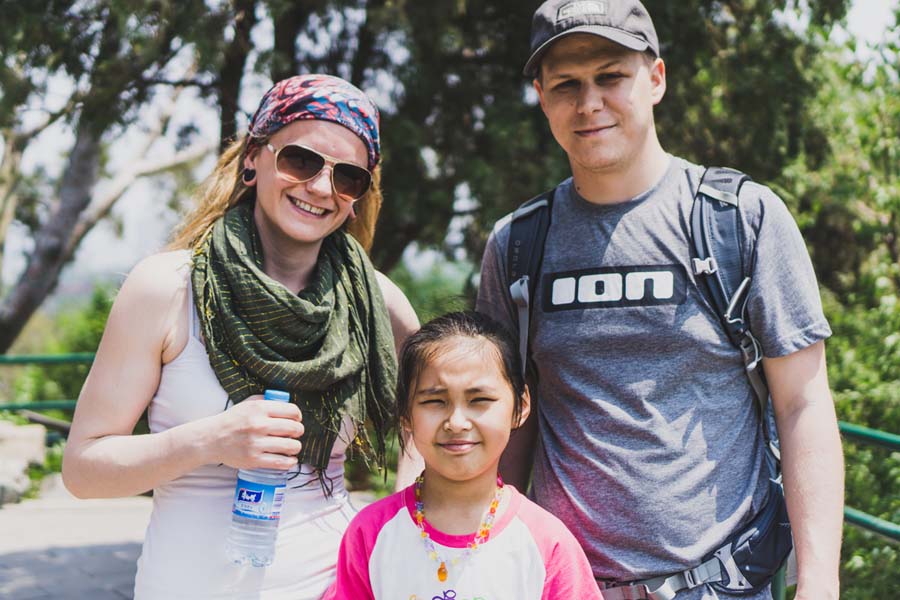 We've just moved to our second hostel in Beijing, and it was only 20 minutes on a rickshaw from the first place, but already seems so different. We're out of the centre now, and staying somewhere a bit less flashy. People aren't yelling at us from their shops as we walk down the street, and less people speak English. It's good to see a different part of Beijing, but I'm still glad that I don't live here. Life looks very hard in China, and it's not a relaxing place to be at all. Even walking down the street is hard work, dodging rickshaws, silent mopeds, people and strange coloured puddles. Breathing deep isn't refreshing, and it's no surprise that Rich has picked up a chest infection (only £1.40 for 50 antibiotic tablets at the drug store though). I know I haven't seen the countryside, and it's probably very different there, and if it's anything like the difference between the city and countryside in Mongolia then I might take a different view. Of course Beijing has some very good points too, but for now I'm just hoping that our next stop, Shanghai, will be a bit different. Or that I'll adjust to city life!