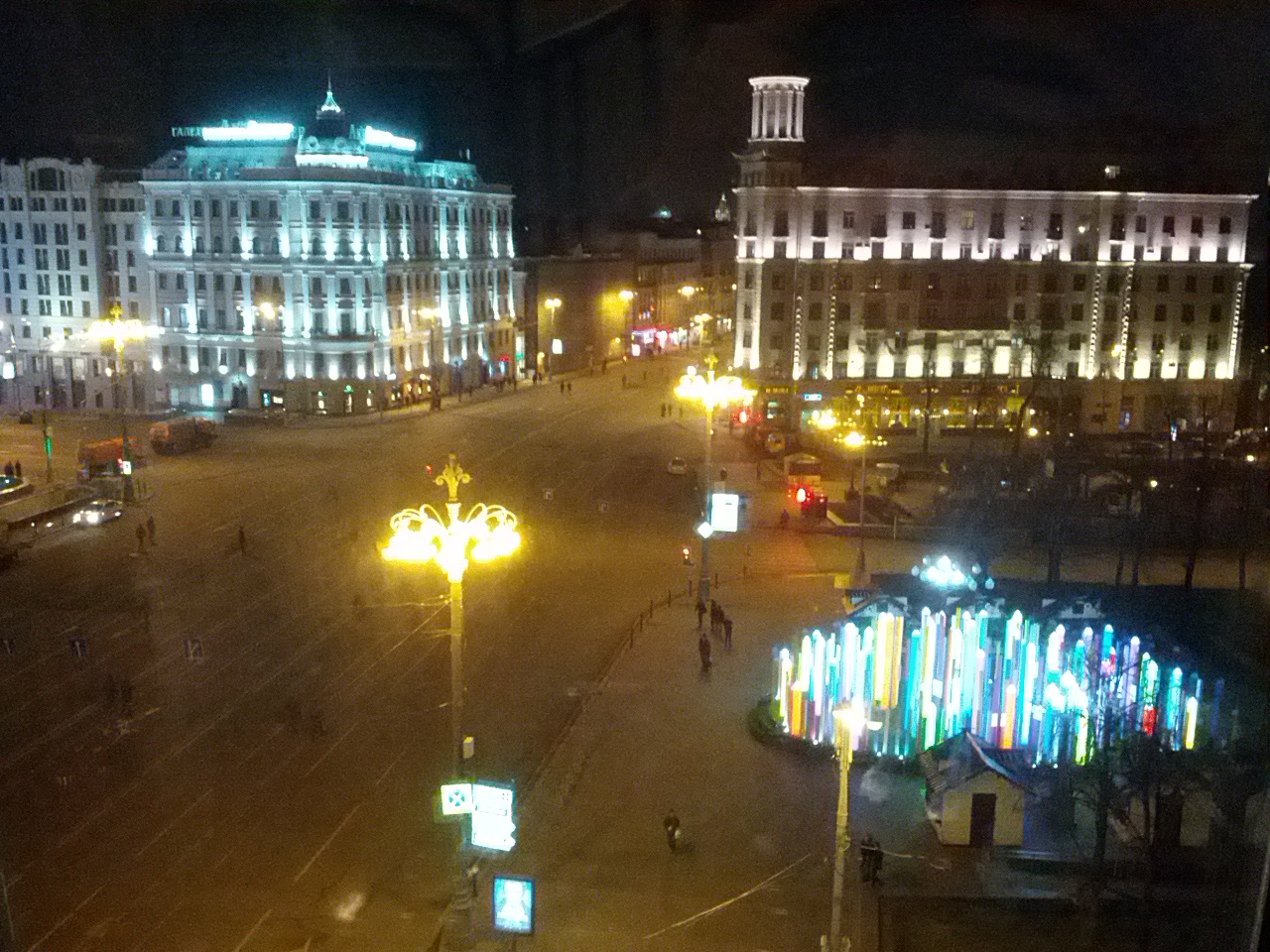 So on our arrival at Moscow a random stranger gave us a pass for the metro with 10 rides left on it, and when we got to the hostel we were ushered into the kitchen for a free cup of tea (with milk!) and given free apples. We were also offered free plastic cups when we asked where we could buy them for the train journey ahead. First impressions; I love Moscow!

We went out for dinner, to McDonald's, obviously, and it was so so cheap! Plus they have the interactive menu ordering point screens, so we changed it to English language and ordered exactly what we wanted, not just whatever there was a picture of that we could point to. It's the capital, Moscow, and yet there was not a single person in there acting like a loser. There was even a group of teenagers seemingly having a business meeting. It was excellent!

After a wonder around town looking for bottled water, we got back and had another free cuppa (with milk!) and realised that from the incredible view of the city that we have here in our 6th floor, central Moscow hostel, we could see that the road had been closed by police, and the army were marching down it. I promptly poo'd my pants, and decided that maybe Moscow wasn't really all that great. It turns out though, that there's a military event happening here in May, and they'll be practising all month. Thanks again, Google!

So I still love Russia, and Russians. Even the cold weather is quite refreshing, but that's probably only because the buildings are all so over heated. I regret being so scared of coming here, what a waste of energy. But lesson learned; never judge a country you've never been to!