So, we've just spent 4/5 days on the train getting from Moscow to Irkutsk, and I'm learning that jet lag is still possible even when you travel that slowly over land. Not. Fair.

Finding the train was the first challenge, as we didn't learn as much Russian as we definitely should have. And secondly, there was the whole spending-4/5-days-on-a-train challenge. Why exactly is this train ride on so many bucket lists??? 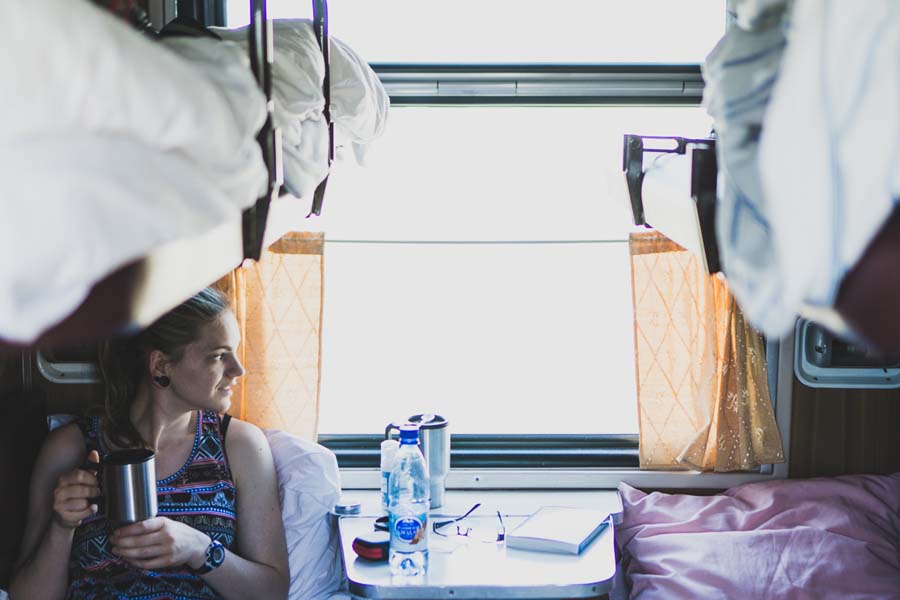 Thankfully we had the foresight to book a 4-berth cabin, not cattle class. The first couple that we shared a cabin with were so lovely, I wish they'd stayed on for the whole journey with us. They didn't speak much English, but they were quiet, thoughtful and, importantly, didn't snore. They stayed for two nights, then got off and bid us farewell (assuming that's what they meant). Then the woman happened. Two randomers boarded in the middle of the night (I think - we had no idea what time zone we were in until we got off) and one of them was quiet and went straight to bed. The other was a different breed of human. She answered a phone call or three, talking very loudly each time, trampled all over me and Rich trying to put sheets on her bed, and then kept us all awake all night with her jack-hammer impressions. Apparently me and Rich had both incorrectly assumed that this woman had some kind of breathing tube in her throat. My fairly loud coughing didn't wake her up, and I wonder if she also upset the train driver as his out of the ordinary jolts and knocks didn't seem to disturb her from her peaceful slumber either. When awake, this woman made no attempt to communicate with even the other varying Russian speakers that came and went, and continued to be an absolute delight to share a room with, closing doors on us and generally parking her hefty backside wherever she wanted. Thankfully she had boarded with a friend, so spent most of the time in another cabin during the day. I can't imagine why her friend hadn't wanted to share a cabin with her?! 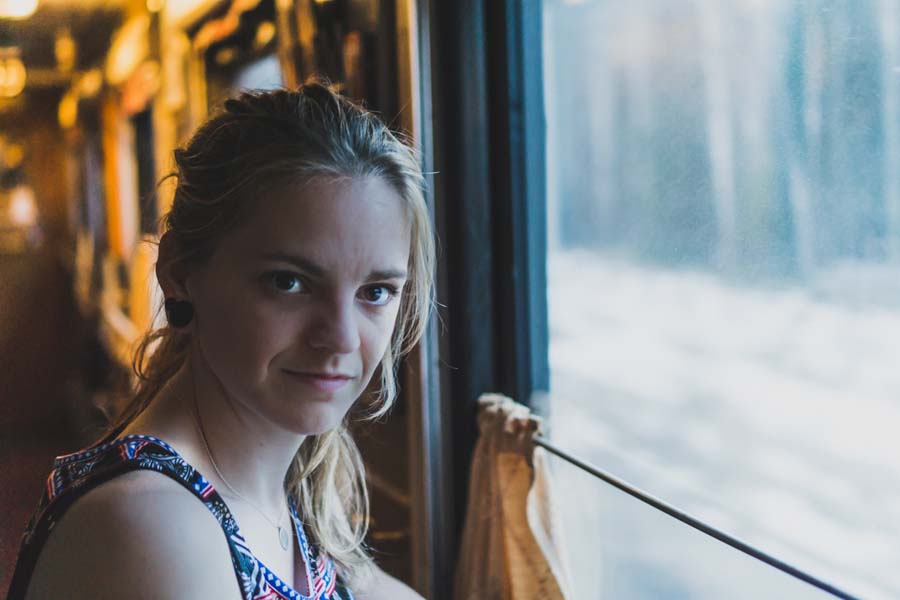 Watching out the window became a good way to pass time though, and the landscape changed daily. It was marginally cooler in the corridor as well, as like everywhere else in Russia, the heating was on max all the time. I think I may well have gone insane without my kindle too. We'd paid for one meal a day, and the portion sizes were tiny, like everywhere else in Russia. It was a bit nerve racking getting off the train to buy things at stations, as we never knew how long we'd be stopped for, so only did it once to buy water before we found the drinking water tap onboard (which tasted like plastic and had bits floating in it, probably plastic). I think if we'd been better prepared, with noodles and other food, like everyone else seemed to be then it would've been more bearable. There was also a hot drinking water tap, but it was only about 70 degrees most the time, so it's a good thing I like weak black tea! Rich couldn't charge his laptop, as the plugs in the corridor only gave out 50v, and the staff onboard seemed to delight in the small amount of power they have over passengers.

It was definitely an experience, and I did actually feel quite emotional watching the scenery at one point. It's just so different to home, wooden shacks everywhere, in a country where winter temperatures can reach -40°. An unspoilt landscape for miles and miles and miles. And it's totally normal for the people that call this place home.

All in all, it's something I wouldn't want to do again, but I guess I'm glad to have done it. We do have a bit more of the train journey left, but we have 5 days in Irkutsk first. Just enough time to stop feeling like we're still on the train, before we get back on. We'll most likely be spending those 5 days catching up on sleep (yes, it's hard to sleep on a train even when you do have peace and quiet) and food. We've both lost weight, from a combination of smaller portion sizes and all the walking we've been doing. But we need the clothes we brought to fit us for a while longer!

So, here's to a good few days of sleeping and eating! And maybe seeing some of Irkutsk if we get time!